END_OF_DOCUMENT_TOKEN_TO_BE_REPLACED

It’s been a long time since my last post on this blog (I feel like every blog post starts off that way).  And since my last post, quite a few things have changed in my jiu jitsu life.  Most notably, my head instructor (and still great friend) came to the realization that he simply had too much on his plate to continue running the branch where I train.

Rather than closing though, he “turned the reigns” over to a few of his students (myself included), in the hopes that we would keep jiu jitsu alive in our area.  We’re still an affiliate of the main West Side Academy, but have since relocated and reopened.

After some discussion of potential names for the club, we decided to go with a fairly generic one: Cache Valley Brazilian Jiu Jitsu.  The hope is that interested students in the Logan area (Cache Valley, Utah) will easily find us.  With Mark’s blessing, we continued to use his amazing logo for West Side Jiu Jitsu (affectionately named the “Skulltopus”).  And after an ungodly amount of time  spent clumsily trying to learn to use Photoshop, I finally put together a banner for the website and Facebook page:

“Make a cool banner,” I thought…
“It will only take a few minutes,” I thought…
Several hours later, we have a Cache Valley BJJ banner.

I’m quickly finding that opening and running a club is much more work than I anticipated.  But I’m excited. And anxious.  And hopeful.  I’m also learning a ton of new skills in the process (including website design, Photoshop, curriculum development, and the importance of organization).  I’m confident that with hard work, dedication, and passion for jiu jitsu, we’ll be able to keep the spirit of West Side alive and well in Logan.

Know somebody that trains Brazilian Jiu Jitsu?  Been wondering what to get for them this holiday season?  Here are a few Christmas gift ideas for your cauliflowered friends: 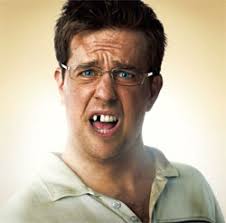 Last week after class, my instructor said something that stuck with me.  As I was walking out the door of the academy, he mentioned that he “hasn’t seen me laugh that much during class for a long time” and that “it looked like I was having fun.”  It kind of surprised me, because I definitely love training jiu jitsu – at least I think I do!  I try to attend every class I can, and in between classes I spend a significant amount of time studying instructional videos, watching matches, and rehearsing techniques in my head.

I think the reason his remark stuck with me was because it is true.  I am constantly focused on improving as much as possible as quickly as possible.  Of course, before and after class I joke around with other students.  But during class time (and while rolling) I usually make a concerted effort to focus on a few specific techniques that I am trying to improve upon.  I sometimes find myself counting the number of times I hit a sweep I’ve been working on, or correctly execute an escape I’ve been adding to my game.

It has been a long time since I rolled without purpose and enjoyed the simple act of doing jiu jitsu, without obsessing over correcting my grip placement during a butterfly sweep, or maintaining perfect posture during a guard break, or keeping constant pressure during a half-guard pass.  My instructor’s simple, momentary observation forced me to realize something important about my training.  Why am I being so serious about something I love doing?  I train this sport because it’s fun.  I have the rest of my life to improve my technique.  If someday I find myself unable to continue training jiu jitsu, I want to at least look back on the time I spent training fondly.  I want to remember it as something I enjoyed.

I’ll probably still come to each class with predetermined goals in mind and techniques I intend to drill during live rolling.  I still believe there is a great deal of value in setting specific goals for personal improvement and seeing them to completion.  I also still believe that the self-defense skills that jiu jitsu provides are invaluable.  However, from now on my daily list of training goals will begin with something relatively simple – “enjoy the moment”.  If I can accomplish that, I’ll consider that class a success.

Getting a Blue Belt

In Brazilian Jiu Jitsu, your blue belt is only the first belt you’ll receive after white.  Yet in contrast to almost all other traditional martial arts in which you can progress in rank very rapidly, it takes an incredible amount of time and effort to obtain even your first BJJ belt promotion.  I had been training for about 2 years (about 3 – 4 times a week) when I tested for my blue belt, which is about average for a blue belt promotion.

Some associations (mine included) require formal belt testing before offering promotions.  In these cases, you are usually required to demonstrate a certain number of techniques (in Pedro Sauer’s curriculum there are 88 techniques for blue belt), in addition to demonstrating technical proficiency in live sparring.  Sometimes instructors encourage students to compete in tournaments in order to help gauge their proficiency before offering belt promotions.   In less formal associations, a black belt instructor can simply award a student a new belt at any time based on a more subjective assessment of the student’s proficiency.

For many students, the promotion to blue belt is an unforgettable milestone – in many ways, it vindicates the amount of time you’ve put into training and provides an outward indicator of your proficiency.  Sometimes, students are nervous about receiving a new belt; they feel as if they are undeserving or unskilled when compared to other students at their new belt level.   I’ve often heard newly promoted practitioners say they feel as though they have a “target on their back,” because lower-ranked students (some of whom are approaching a belt promotion as well) want to prove their chops by tapping out a higher belt.  Conversely, some students couldn’t care less about belt promotions.

I tested for my blue belt in January, 2011.  I had trained extra hard in the days leading up to the testing – setting aside several extra hours every night to study and drill the 88 techniques on blue belt curriculum.  On the day itself, I was extremely nervous.  Sure, I knew that most people who test will receive their belt with no issues.  Yet, all I could think about was that slight chance that I would end up being that one-in-a-hundred student who would completely embarrass themselves (and their instructor) by failing.

In a way, for me it was somewhat reminiscent of competition.  I was as nervous for the test as I was for my first tournament – complete with dry mouth, churning stomach, and tunnel-vision.  There was a 2 hour seminar before the test of which I remember almost nothing, which was entirely a result of my nervousness and not at all the fault of Pedro Sauer’s teaching abilities.

Just as in competition, I found myself sizing up other white-belts in the room.  Everyone else looked more experienced than me.  Looking at the faded stripes on the other students’ belts, I felt completely inadequate.  Why was I here taking this test when I was so undeserving?  And of course, as with competition, all I could imagine was the worst-case-scenario.  To me, failing this test would be the competition-equivalent of getting my arm broken by a flying armbar 5 seconds into the match.

Of course, the belt test turned out to be nothing like the unmitigated parade of humiliation I had built up in my mind.  The long hours of studying, training, and drilling paid off, and with only a few minor corrections on several techniques, I was awarded my blue belt by Pedro Sauer himself.

Carl and me (far left) after successfully testing for our blue belts. With Pedro Sauer and West Side Jiu Jitsu head instructor Mark Johnson.

Looking back on it, there are several things I realize I should have done differently (apart from improving upon the techniques themselves).  Perhaps others can take something from my experience, and make their belt test more relaxing than it was for me.  I have a long way to go before my next promotion, but when the time comes I intend to make it as enjoyable as possible.

1. Trust your instructor.  They know what is required for a promotion, and they have likely promoted many students before.  If they feel you are ready, then you almost certainly are.

2. Study.  If you are required to demonstrate particular techniques during a formal belt test, ensure that you have studied the appropriate material.  In addition, if there are specific names associated with the techniques, make sure you know them.

4. Be gentle when demonstrating techniques.  When I was testing, I saw one student using 100% of his strength when demonstrating submissions – much to the dismay of his partner, who was also taking the test.  You are not competing against your partner (see number 3), and there is no reason to try and hurt them.  Additionally, cranking submissions on a non-resisting partner will demonstrate your inexperience and cast serious doubt on whether you deserve a promotion.

5. Learn from your belt test.  Accept corrections on the techniques that you are demonstrating.  Treat the examination as an opportunity to learn from an experienced practitioner, and do not, under any circumstances, argue with the professor overseeing your belt test.